HES BRI ISH GET HIM - Gold

Reason: Pinkie, and MLP in general, belongs to Hasbro, who used to be very harsh with fan projects.

SURVIVE MY PLAYHOUSE OF DEATH FOR A CHANCE TO WIN BIG PRIZES! - Nexus Tricky

The animator should got lazy for animating too much frames. - Yung Lixo

Reason: This mod is still a demo. A 3rd song for Pinkie Pie might come in the future.

“Everypony in this town has had a Welcome to Ponyville party! and it is now your turn, Mr.Human”
― Pinkie

Pinkie is a pink pony with a curly magenta mane and tail. On her flank, she has a cutie mark of three balloons side by side, being two blue balloons with yellow strings and a yellow one with a blue string in between.

Boyfriend: WAIT STOP!!! I SWEAR I WAS ONLY TOUCHING THE HIPS

Boyfriend: Why can't he just punish me like a normal dad. Idk like kicking me out or something.

Boyfriend: Where are we anyway

Girlfriend: Should we pick the path leading to unending darkness,

Girlfriend: or the path leading to the end of the damn thing?

Boyfriend: this is a tricky one.

Boyfriend: There seems to be an abundance of colorful quadrupeds

Girlfriend: THIS SHIT IS F

Girlfriend: THIS IS FUCKING MY LITTLE PONYGMMGOMHOMGHOFMGOMOHOLLYYYSHITTTTTTT!!!!!!!!!

Boyfriend: You're a brony???

Boyfriend: Sounds dumb. Gotta say your dad knows how to torture a man

Boyfriend: i'd rather have me burning by the edge of a trident then be stuck in Candyland

Girlfriend: It is NOT "Candyland" it's Ponyville.

Boyfriend: You seem to be quite knowledgeable about this toy-marketing TV show

Girlfriend: Quite indeed. In about a few seconds a funny character is going to show up and introduce us to the town

Boyfriend: ! I thought this was a kid show.

Twilight Sparkle: WHOA WH-OK FIRST OFF I- im -IM NOT RACIST. I-

Twilight Sparkle: Im friends with a bunch of different types of ponies around.

Girlfriend: Yea. u assume only PONIES are nice and docile. any other race is dangerous or a threat??

Twilight Sparkle: He's one of the good one's tho. not like those other dragons.

Twilight Sparkle: WAIT-NONO I didn't mean like- oh god- no I swear it was.. it- i was just

Pinkie Pie: So Lyra WASN'T being all coo coo in the brain! You must be new here!

Pinkie Pie: Ooohh You know what that means ;D

Pinkie Pie: A "Welcome to ponyville" Song, of course!!!

Pinkie Pie: GOLLY! Who knew your boop beeps could sound so BANGIN'!!

Pinkie Pie: But that was only JUST the begining.

Pinkie Pie: Everypony in this town has had a Welcome to Ponyville party! and it is now your turn, Mr. Human.

Twilight Sparkle: HOLD IT! Pinkie are you sure we should just immediately embed these...humans.. into our town?

Twilight Sparkle: We don't even know their full names yet, let a lone if they're dangerous or not.

Pinkie Pie: Twily, if i tried to judge every person i came across, i would have WAY less friends than i have right now.

Pinkie Pie: Heck! I wouldn't have even befriended YOU!

Girlfriend: Plus, you've been a human before. what's so different about us

Twilight Sparkle: In all my life as an Equestrian unicorn, i think i'd remember if i were a human or not

Pinkie Pie: Silly Ms. Girlfriend Human boyfriend, You're in a Season One rerun!

Girlfriend: So you don't know Tyrek??

Pinkie Pie: But enough of the gibberish 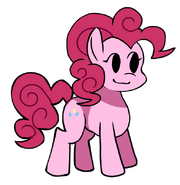 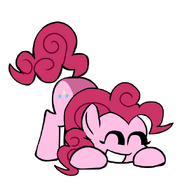 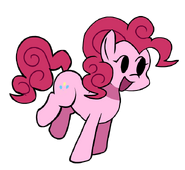 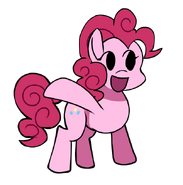 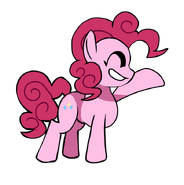 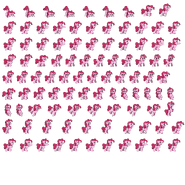 The background for the mod