Why are you streaming Pirate Monster when I sleep? You need to be punished. - Akai Haato

Note: TheLunar27's mod is still up for download, but the one by Dra9on5 is privated.

Reason: Pirate Monster literally says he wants to kill himself.

Friday Night Funkin'
“I hate my life, I wanna die, I ain't got no iPhone.”
― Pirate Monster

Pirate Monster is a joke costume for Monster. It was "leaked" (most likely as a joke) as concept with the song "I Ain't Got No iPhone" (which is just a viral song from 2010 but with Monster vocals).

Pirate Monster is, as the name suggests, Monster but like a pirateth an eyepatch over his left eye.

In TheLunar27's version, his scleras are red, his head is slightly more orange, his neck is more purple, and looks very sad. 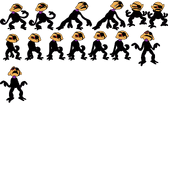 Icons (Reskin or Minus Pirate Monster) 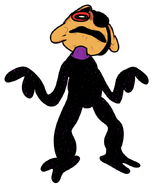 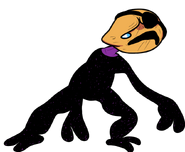 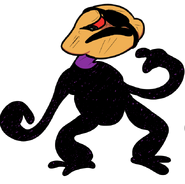