With Pompom, you'll have so much fun! - Hypno

Note: Pompom is known to be a famous character.

“I swear I can do better!”
― Pompom, Stomachache.

Not to be confused with Pump but Bad (Pom-Pom)

Don't forget to check Mackie for the other week 2 songs

Pomona, nicknamed Pompom or just Pom, is a sweet and cute girl starring in her own mod. Her week includes 3 songs: Sugar Cookie, Key Lime and Stomachache.

She also appears in the final song of Mackie's new week for the final duet.

Pompom is an anthropomorphic and humanoid apple pie with a stubby orange nose and a pair of apple slices in either side of her head that resemble ponytails. She wears a reddish-orange t-shirt, a long tan skirt made of cream with a golden belt, a pair of orange ballet shoes with orange and yellow straps and puffy white socks.

Note: All of these cameos are not canon to Pompom's story:

Pompom
This is my home!

Pompom
Is that a mic?

Pompom
Do you sing?

Pompom
I swear I'll do better this time!

Pompom
I swear I can do better! 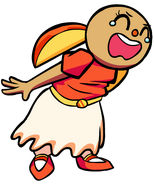 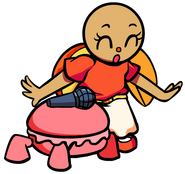 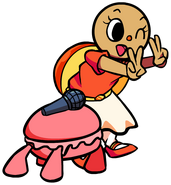 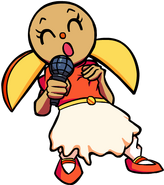 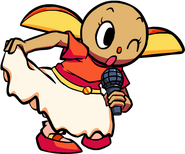 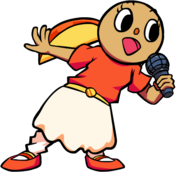 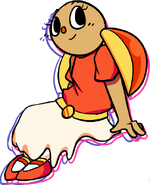 Pompom in the title screen of the mod

Mackie in the background of Pompom's Week. 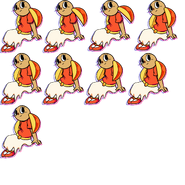 The ending of Pompom's week.

The ending of Pompom and Mackie’s new week.

The mod's banner on GameBanana. 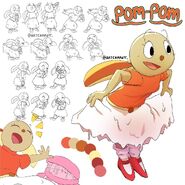 Doodles featuring Pompom's Concept Art of her singing poses by ArtCarrot_ on Twitter. 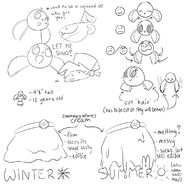 A bunch of sketches showing how Pompom's anatomy works. (1/2) 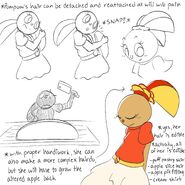 A bunch of sketches showing how Pompom's anatomy works. (2/2) 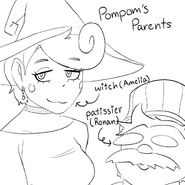 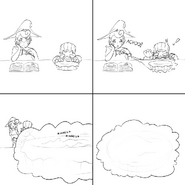 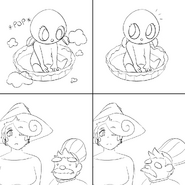 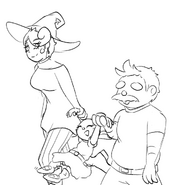 Pompom hanging out with her parents. 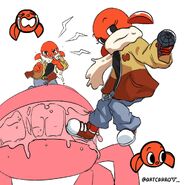 Minus Pompom design made by ArtCarrot_

Neo Pompom and Mackie designs made by ArtCarrot_. 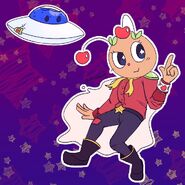 Starcatcher Pompom and Mackie designs made by ArtCarrot_. 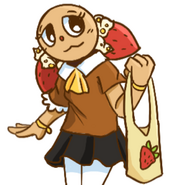 Soft Pompom design made by ArtCarrot_.

B3 Pompom design made by ArtCarrot_.

Artwork by ArtCarrot_ showing Pompom thanking everyone for the 10k downloads. 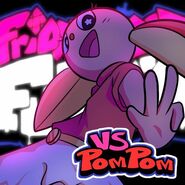 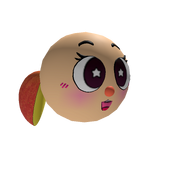