Randy is a rabbit made by pest0sauce, with the mod he is included in being made by them and Nate Anim8. He comes with one new song called Hop 2 It.

Randy is a rabbit with white fur and turquoise ear canals and feet-paw ends. He wears a blue beanie with his ears popping out, that nearly obscures his eyes and a long-sleeved light sky blue hoodie. He clutches his mic in his right paw, while his left paw clutches a purple skateboard with magneta wheels and graphics that have a lime green symbol of a dead rabbit with x-like eyes.

Note: All of these cameos are not canon to Randy's story. 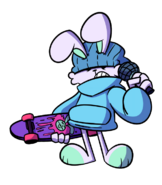 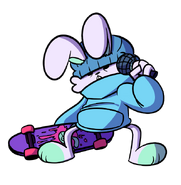 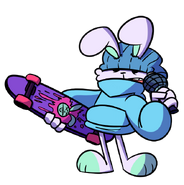 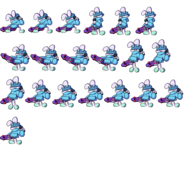 All of Randy's sprites. 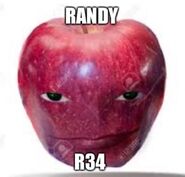