Funkipedia Mods Wiki
Register
Don't have an account?
Sign In
Advertisement
in: Characters, Boyfriend, Noticed by Creators,
and 6 more

Rapper GF is a mod that was created by sonknux. The mod replaces Boyfriend and makes it so that the player can play as the GF. This was released along with the Nene GF mod, which of course replaces the Original Girlfriend. However, the mod is usally paired with another mod called the BF Over GF mod, created by ZoraZac. The two mods are separate however.

Rapper GF wears a similar cap as Boyfriend with short messy auburn hair. She wears a red tank top along with a white no entry sign on it with short jeans. She wears short sized black socks with white sneakers, and grips a microphone in her right hand with her left hand gripping to her left side. She wears a confident but goofy looking smile. 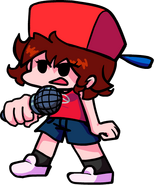 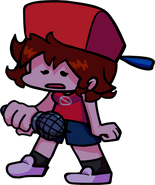 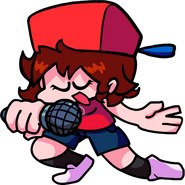 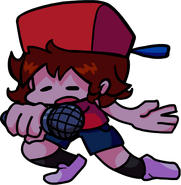 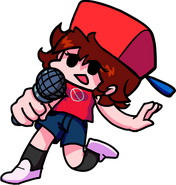 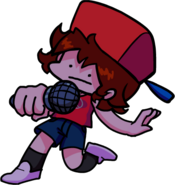 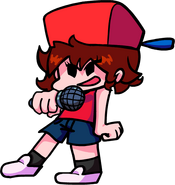 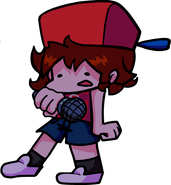 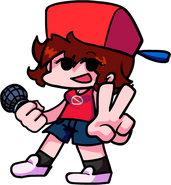 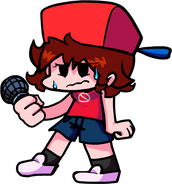 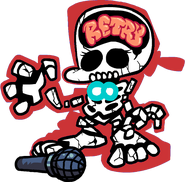 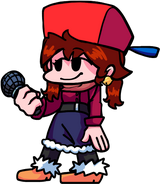 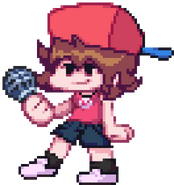 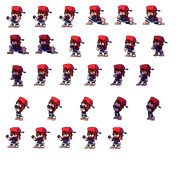 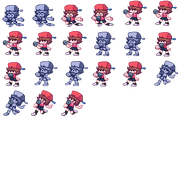