Note: This is the second most popular Boyfriend reskin mod, next to ENA

Reanimated Boyfriend is a mod created by FreshWoomy, that gives the vanilla Boyfriend new animations, and a overall more expressive look. Also, his hand isn't in his pocket.

Boyfriend is a young, light-skinned man with spiky cyan hair. He wears a white t-shirt with a red prohibition sign on it, blue baggy pants, red sneakers and a backwards red cap with a dark blue brim. He holds a microphone in his right hand. He's got more shading in his Remaster, such as in the hat and the shoes.

Boyfriend's V-sign pose used during the Tutorial and Bopeebo.

Boyfriend is afraid of lightning, as seen during Week 2. 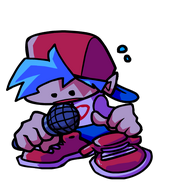 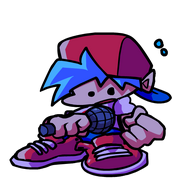 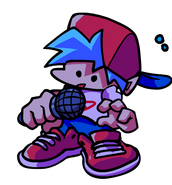 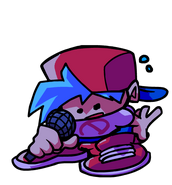 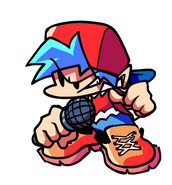 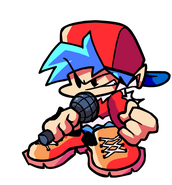 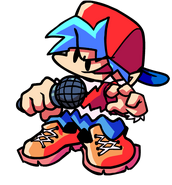 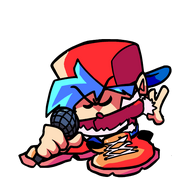 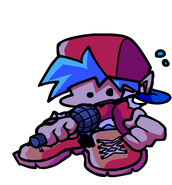 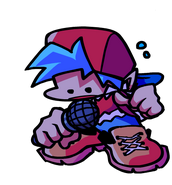 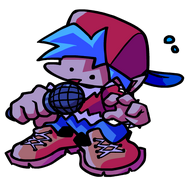 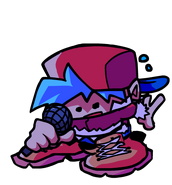 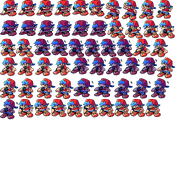 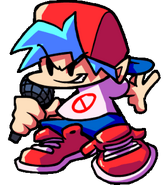 Boyfriend's Reanimated Poses(Please delete the make a gif.com thank you!)

GameBanana (You have to paste the sprites into Boyfriend's)