Note: The mod has been trashed on Gamebanana. Mediafire link is still supplied at the bottom.

Ritz is Boyfriend's adoptive brother and an upcoming character in Friday Night Funkin', he is now in a mod replacing Girlfriend by a user who wishes to not be named. He appeared for the first time in his game Ritz by Ninjamuffin99 for Pixel Day 2020.

Ritz appears as a humanoid rat with an orange beanie with a white arrow on it, he has some sunglasses on and orange shoes with a microphone in his right hand (originally) and has reddish orange fingerless gloves. Formerly he held a piece of cheese in his left hand. 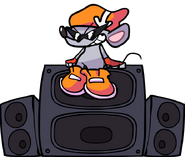 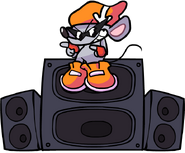 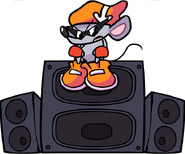 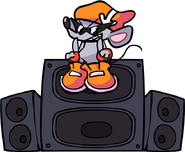 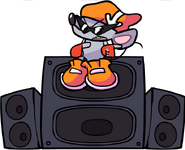 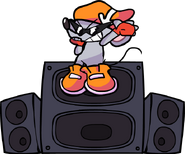 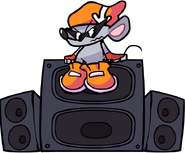