Romantic BF wears a fancy black suit with a pink bow tie and black shoes holding a microphone. He has the same hair color as BF, (since it's still him) but he now has a completely new haircut. In his V-pose, he is seen handing a rose either to Girlfriend or the player. He has a white under shirt. 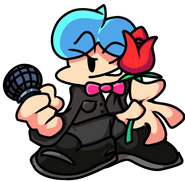 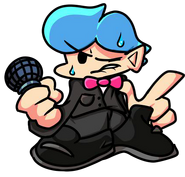 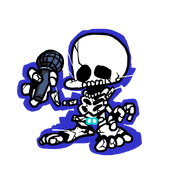