Reason: SMG4 has been dark at times, featuring heavy themes like depression and loss and loads of death an is known for adult jokes.

Reason: SMG4, as mentioned above, has dealt with some heavy themes like depression. Also, Melony suffers from PTSD, ever since Axol's death.

Reason: Some of the characters are owned by Nintendo.

SMG4 - If Mario Was In FNF Mod Pack


SMG4's Skin Mods or SMG4's Mod Pack is a pack of reskins used for Friday Night Funkin, released at May 22, 2021 and submitted by CubeThePenguin, with the help of SMG4, KevDevs, AJ DiSpirito, Weegeepie, Rainder, SkylinDraws, and more.

This mod is based in the SMG4 series, a parody of the Nintendo franchise Super Mario Bros. (though it also features other original characters), where Mario, rather than being a hero, is an idiot who only cares about himself and his spaghetti.

Are you looking for a different mario?

Stupid Mario, commonly known as Mario is a main character starring in most SMG4 episodes and Nintendo games. He replaces Boyfriend.

Mario appears as an italian plumber wearing a red shirt, covered by blue overalls with two yellow buttons with brown shoes. He also has a red hat with the letter M, standing for Mario. He wears white gloves and his eyes are white with blue irises and black pupils. He has a moustache under his mouth. 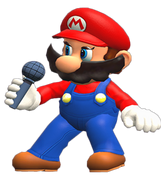 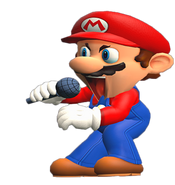 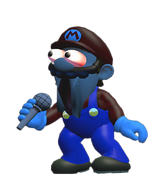 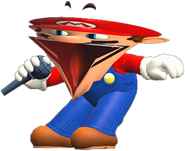 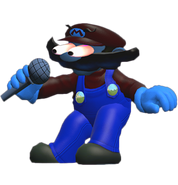 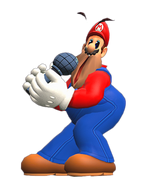 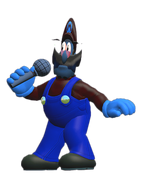 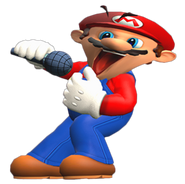 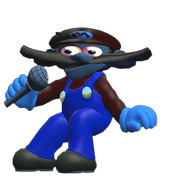 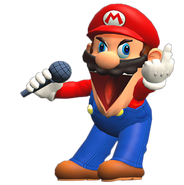 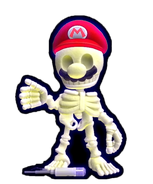 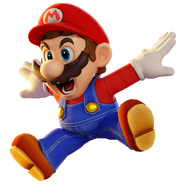 “AAAAAAAAAXXOOOOOOOOOOOOLLLLLLL!!!!!!!!”
― Melony, before forcefully killing Axol in SMG4: War Of The Fat Italians 2021.

Melony is a food-related modern main SMG4 character who was originally a melon, but was later turned into a human by having on a corrupted fierce deity link mask. Melony has a best friend, also a love interest that'd be known as Axol.

Melony originally appeared as a watermelon with the Studio Headphones, Pilot Goggles and the Short Beanie that Meggy wears on top of her head.

In "SMG4: Mario's Mask of Madness", she turns into an anime girl. She has a black and red watermelon-themed hoodie dress with a thin green zig zag line in the middle and a watermelon on the bottom right, black socks, red eyes, shoulder-length green hair with two thick strands sticking up in the back along with watermelon hair clips on the bangs, and black marks on her cheeks that resemble both watermelon seeds and the red stripes seen on fierce deity link's face.