I have been here for a long time... - eteled

Sarvente (Sar-vent-tay) is a "nun" at a church in Mid-Fight Masses, where Boyfriend and Girlfriend walk in for the bathroom, and she asks them to join the church, in which Boyfriend and Girfriend decline the offer, and they end up battling.

Sarvente is shown to have an enthusiastic, friendly, and calm personality as shown in the first level of Mid-Fight Masses Mod during her conversation with Ruv on the phone and welcoming Boyfriend and Girlfriend to the church at the start. However, she also shows annoyance after she was defeated by Boyfriend in the Parish level.

It is unknown how Sarvente came into existence or if she had any biological family members or relatives.

Sarvente lived as a demon child for centuries not being able to age due to unfulfilled childhoods. These unfulfilled childhoods did not allow her body and mindset to adapt to the concept of growing up which is how she gained immortal-like abilities. Despite having knowledge, she was still childish. Coincidentally, Sarvente met Ruv as a child and they both became childhood friends. This was the time when she finally started aging because her only wish was fulfilled which was making a friend after waiting for centuries.

Sarvente was rejected by God from entering into heaven. There is no official reason why she was rejected, but it can be inferred that she made one big mistake that she has done in her life to the point where it didn't matter how good and kind all of her actions were.[6] After experiencing that, she doesn't want anyone to experience what she went through so she will guide everyone to a better place.[7] Now Sarvente's purpose is to guide people to heaven, regardless if she was rejected by God. Sarvente is a devout believer that Heaven is a good place, even if she was dropped from heaven by God's rejection.[8]

She eventually found Ruv again years later hiding at the church after running away. Because Ruv and Sarvente do not remember each other due to him being chased all the time, their first time interacting started out rough. They even resorted to violence through fights and non-stop arguments, but they eventually grew closer after a few years due to Sarvente not showing any signs of betrayal against Ruv. Their friendship improves the longer they lived together.[9]

Sarvente sees good in Ruv and believes that he can go to heaven which is the primary reason why she does not show any signs of betrayal against him.[10]

Note: All of these cameos are not canon to Sarvente's story. 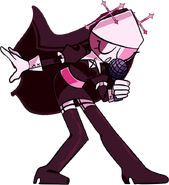 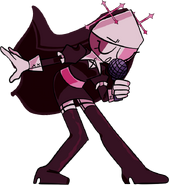 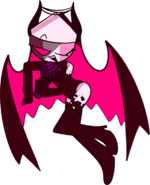 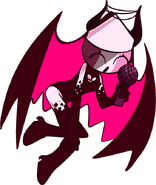 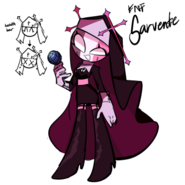 A reference photo found in the files. 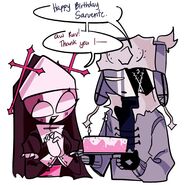 Sarvente and Ruv celebrating her birthday (1/3). 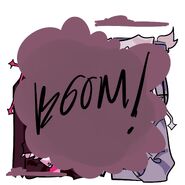 Sarvente and Ruv celebrating her birthday (2/3). 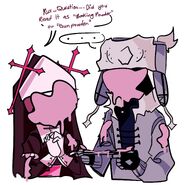 Sarvente and Ruv celebrating her birthday (3/3). 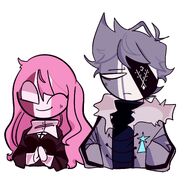 Sarvente and Ruv without their hats. 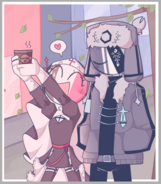 Two trusted friends having a good time together. 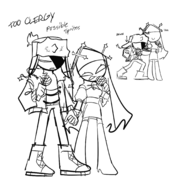 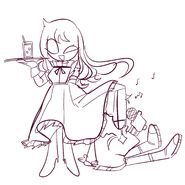 Out of context sketch of Sarvente

Sarvente and Ruv with animal accessories. 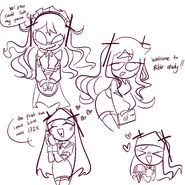 Ruv takes no part of friend groups that exclude Sarvente. 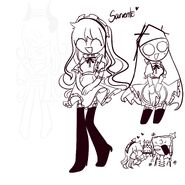 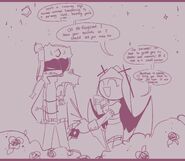 An art piece depicting the rocky beginnings of Sarvente and Ruv's friendship.

Sarvente's demon form concepts that ended up being combined.

Sarvente and Ruv sleeping together with a barrier between them.

Sarvente sleep talks about old memories between her and Ruv.

Sarvente and Ruv as children promising to meet each other again. 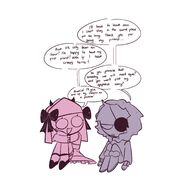 Sarvente having a conversation with Ruv and his eyepatch. 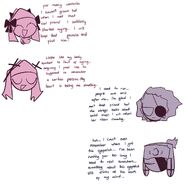 Sarvente and Ruv talking about their childhood friend they cannot remember. 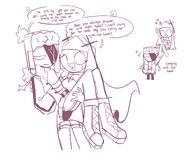 Sarvente and Ruv carrying each other despite both of them being extremely heavy. 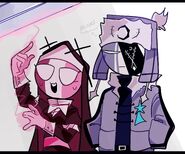 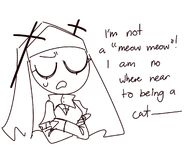 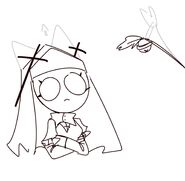 A drawing a child Sarvente alongside with her as an adult crying in the background. The subtitle in the drawing states "AGED LIKE FINE WINE" while the tweet states the following: "I never asked to be the Antagonist." 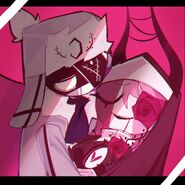 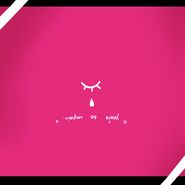 Concept art of what Sarvente would have looked like before she had a nun-related design. She was bullied for having horns which resulted in her extreme harsh personality.Link

A bunch of Sarvente and Ruv doodles. Link 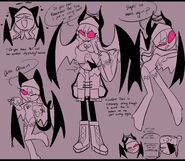 A bunch of doodles Dokkie made after so many people began simping over Lucifer Sarvente. Link 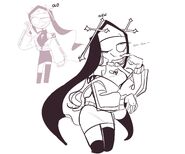 An old concept sketch of Sarvente drawn years ago by dokkie's attempt to make Sarvente look like an adult. She looked like an old, sad baby boomer, unfortunately which is why it's scrapped. Link 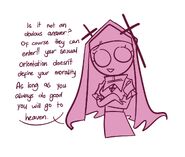 Sarvente's tolerance whether if LGBTQ+ members can join her church. Link 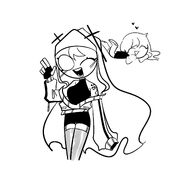 A drawing of Sarvente on Mother's Day 2021 by Kuroao_Anomal! Link 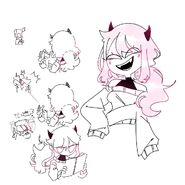 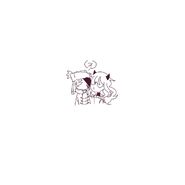