Reason: Scary Larry's source game "Break In" contains purges. While also trying to survive Scary Larry's workers break into their home. which may be disturbing for some people.

Reason: Contains spoilers for "Break In".

Terrorist Leader, Leader of the Purge

Ending of Break In

Friday Night Funkin' (As A Mod)Break In 2 (Upcoming)

“Hello. My name is Scary Larry. And up until now, you’ve been playing easy mode. Luckily for you, that’s about to change.”― Scary Larry, Break In

Vs. Scary Larry is a mod made by Clowfoe. Fight against Scary Larry from the hit Roblox game "Break In".

Scary Larry is a clockwork robot with white skin and a long white beard who wears a purple mask, a top hat with a purple rose at the back, black pants, a purple coat with a red flower in it with a purple shirt. He also wields a golden crowbar. 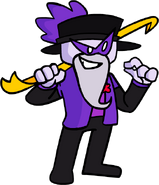 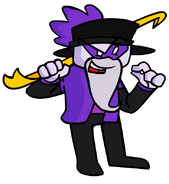 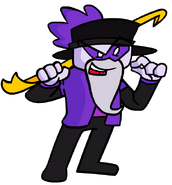 The icon grid for the mod 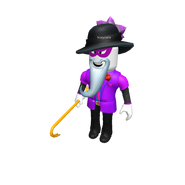