Sharv is a light-skinned male with black, slicked hair. His outfit consists of a blue jacket with white lines, jeans, and blue and jean-colored shoes with white soles. He holds a microphone connected to a long dangling wire.

Note: None of these cameos are canon to Sharv's story. 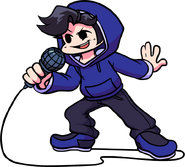 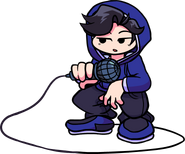 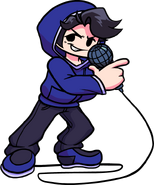 Artwork of him made by WintersCuphead.