You didn't go spilling the beans, did you, Sigma? - Hu Tao

Reason: Sigma's poses in Stonks and the first half of soulless have a giant red arm, and his cocoon/blob form will morph into other FNF characters, which could be seen as creepy.

Reason: The background during Stonks will occasionally flash static and change for a small amount of time.

“Ah, what does your girlfriend have to do with the trend? Look at her! Kids these days... they see a hot chick and immediately buy my products! Yes, this is your trend, this is why you're so famous!”
― Sigma, Stonks


Sigma is a character made by Leroysei. Once a character from a Newgrounds animation, Week Σ, just like Venus and Eve, this corporate blob entity is back, and with a vengeance!

Sigma has gray, squid like hair. He also has a gray tux with a red tie, and black shoes, with red soles. In Stonks, he gains a red, tentacle-like appendage, as he looks kind of surprised. In Soulless, he first becomes a giant, with a massive upper body. His hair has noticably gotten larger as well. His tux is also ripped. A gray tail appendage can also be seen. He then turns into a gray blob like mass, looking more scared. It's able to switch forms to other characters, like Hank J. Wimbleton, Tankman, and even Senpai. For their final form, they turn into a embryo version of Boyfriend, with a blue aura around them.

Differences Between Animation And Mod

There are a few key differences in the Week Sigma animation that the mod doesn't have.

Narrator: Girlfriend and Boyfriend are just grooving, as static tentacles come out, and grab Girlfriend, turning her gray, as she frowns. An unknown figure soon pops out, turning around, a Sigma symbol appearing on his back.

Sigma: Heh... do not be alarmed my famous little friend!

Sigma: Every party is in full agreement, all rights fully reserved!

Sigma: Allow me to introduce myself... I am Sigma, an... "entrepreneur."

Sigma: I've been watching you and your little girlfriend there, and you've both caught my eye!

Sigma: You both are part of a giant trend, one I don't quite understand...

Sigma: Would you mind filling out a small survey for me? Perfect!

Sigma: Hahaha! What a showdown!

Sigma: It's part of that trend of yours! Your opponent gets "angry" after defeat, no?

Sigma: Let's step up the game, the fans are crying ENCORE!

Sigma: Ah, what does your girlfriend have to do with the trend? Look at her!

Sigma: Kids these days... they see a hot chick and immediately buy my products!

Sigma: Yes, this is your trend, this is why you're so famous!

Soulless Sigma: And yet, I've never had such fun! The rush through me...!

Soulless Sigma: Look at me, a giant monster you must challenge!

Soulless Sigma: The fans are going wild! The fame is growing!

Soulless Sigma: Don't you see, this is that trend! This is your FAME!

Soulless Sigma: Say something to the fans, or shall we get to the song?

Boyfriend: ENOUGH ALREADY! I'VE HAD ENOUGH OF ALL THIS BULLSHIT!

Sigma: You've struggled... so have I.

Sigma: I'm capable of many things... there are other ways to fame and fortune.

Sigma: The struggle lies within you, I know why.

Sigma: Ah, here's an idea... prepare yourself for a new challenger. 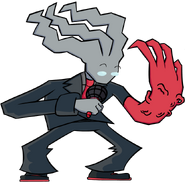 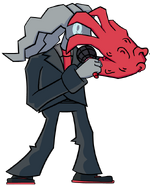 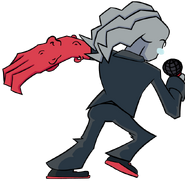 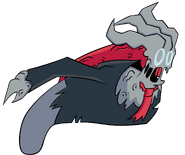 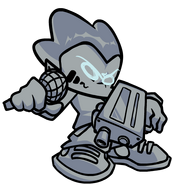 GF, but turned grey in Stonks. 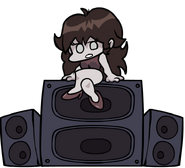