Please don't add any information related to the Dream SMP.


Zak Ahmed, who also goes by Skeppy on his YouTube and Twitch channel, is a popular Minecraft youtuber and streamer best known for his trolling videos and rare Dream SMP streams. He ends up replacing Skid in this mod.

Darryl Noveschosch, who goes by the name of BadBoyHalo on his YouTube and Twitch channel, is another Minecraft youtuber and streamer who is very well known for his Dream SMP streams and being the 3rd hunter in Dream's series "Minecraft Manhunt". He ends up replacing Pump in this mod.

Both of them are core members of the Dream SMP.

Both of their outfits are based on their Minecraft skins, Skeppy has a diamond block head, with his idle animation referencing the permanent expression on it. In this mod, while showing off some aspects from Skeppy's Minecraft skin, it also presents some features from their real life appearance. In the mod, Skeppy adorns a blue hoodie, grey pants and blue-white sneakers.

BadBoyHalo is supposed to resemble a demon as the Minecraft Youtuber (MCYT) fandom usually depicts his character as one, so much that it's been incorporated and referenced into the very lore of the Dream SMP. Bad adorns a dark gray hoodie, with a red outline on the rim of the opening, a gray bandanna tied around his neck, and gloves. His entire body is pitch black. 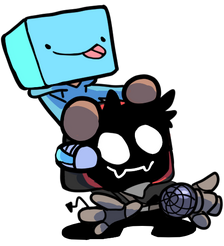 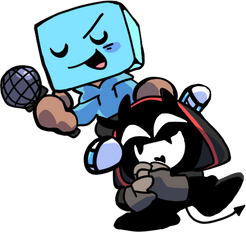 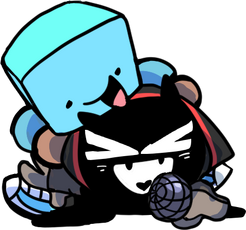 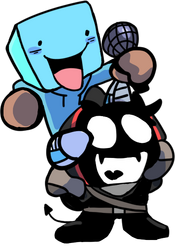 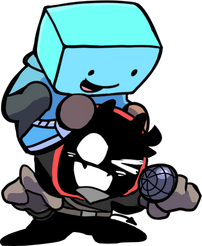