Woah man,you really have a talent at this. - Charles Calvin

“I WILL NOT LET THIS HAPPEN”― Solazar, F3 Trailer


Solazar is the manager/adoptive father of A.G.O.T.I. and Aldryx and he is third opponent of Friday Night Funkin': Entity with his song being Godrays.

Solazar is a bright light blue humanoid being with a flaming head and white, pupilless eyes. He also has feet with a heels- like shape. His outfit is a pair of glasses, a dark gray suit with a white collared shirt, and a long yellow tie, and in-game, he holds a blue microphone that shines in the poses.

Solazar came from a race of beings of stars, akin to gods, called Solarisapiens. A lot of things changed after a former Warrior, Nur, changed everything of their current state of living. With a new peaceful way of life, and given freedom, Solazar has studied his history, which was particularly about fighting stick figures.[4]

Soon after, he's grown odd ideals and entered a role of being a music manager, perhaps to blend in with society. It is to be known that he is incredibly biased towards sinners or demons that don't strive for change, and hates any new stick figures with fighting prowess that becomes well known.[5]

He has massive respect towards anyone related to Nur, (Especially PlayerX), RHGs, and Dojo duelists, and no other. He might dislike some of the Mid-Fight Masses family (Sarvente, Ruv, Selever, and Rasazy), considering A.G.O.T.I. might dislike Selever too, which he sympathizes why.[6] 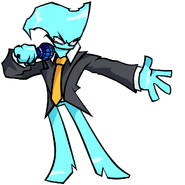 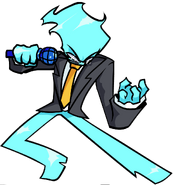 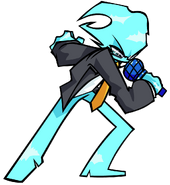 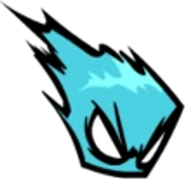 Art by Moonlit-Comet: Solazar finds A.G.O.T.I. as a baby and adopts him. Confirmed to be canon 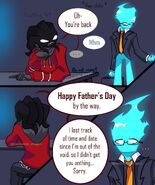 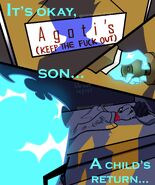 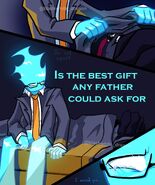 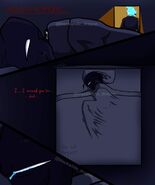 A sketch celebration of SugarRatio reaching at least 4,000 followers on Twitter. Link 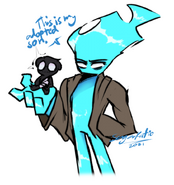