Reason: Spinel's past wasn't very happy. In her past, Spinel used to be Pink Diamond's play pal until Pink Diamond outgrew her and abandoned spinel, leaving Spinel was left alone for thousands of years with only her thoughts, thereby becoming more and more insane. This can sadden people, especially ones that have issues with neglect.
The songs Injector Carousel and Unchangeable will shake the notes quickly.

Reason: In the game over screen, Spinel's weapon cuts Boyfriend's head, This may unsettling to some players.

Reason: KittenSneeze was caught being racist, gaslighting others, and grooming others.[1][2]

Alright, just a couple of Spinel's songs, though. I don't know that many. - Shaggy

Reason: Spinel is from Steven Universe, which is owned by Cartoon Network and Warner Bros. Discovery (formerly WarnerMedia before April 8, 2022). Also, the songs originated from the show.

o crap is that Spinel from fnf?!? - Cheeky

Note: Spinel is a popular character in Steven Universe.

Want to know more about Spinel?

“Who am I? WHO AM I? WHAT ARE YOU EVEN SAYING? I'm the loser of the game you didn't know you were playing.”
― Spinel, Other Friends, Steven Universe: The Movie

Spinel is the main antagonist in Steven Universe: The Movie. A mod for her was made by KittenSneeze.

Spinel is tall and lanky, with pink skin, dark reddish-pink hair tied in twin pigtails, and dressed in puffy clothes. Her face has three dark mascara-like lines under each eye.

As a Gem, the only true part of Spinel's physical body is the large, pink, faceted gemstone in her chest, shaped like an upside-down heart. The rest of her body is a holographic-like projection from this central form. This allows Spinel to expand, stretch, bend, and flex her body at will, which she uses liberally both in the movie and in the mod.

Fueled by this vendetta, Spinel brings a massive customized injector to Beach City and begins filling the planet with poison. In Steven Universe: The Movie, Steven works to stop her, but in the Friday Night Funkin': Vs. Spinel mod, Boyfriend must face her in a rap battle instead.

Narrator: The sun shines brightly over the quaint town of Beach City.

Narrator: The war is over, the Diamonds are on their long road to redemption, and all is well in this fun beachside town.

Narrator: Steven has earned himself a relaxing vacation after the countless traumatic events that he's suffered through since childhood-

Narrator: And who better to watch over the town than-

Boyfriend: When my boy Steven asked me to watch this town while he was gone-

Boyfriend: I had no idea it was gonna be THIS easy!

Narrator: Haha- you said it bud!

Narrator: Peace has been restored to the Universe,

Narrator: And there won't be anymore villainous treachery,

(Spinel's injector lands next to Boyfriend and Girlfriend.)

Narrator: Of course something like this had to happen on my big debut.

Narrator: No, it's fine

Boyfriend: YO- WHAT GIVES?!

Boyfriend: You almost knocked the tits off my girl here!

Spinel: You are definitely NOT Steven Universe.

Spinel: Well, you are small and annoying like him.

Spinel: Eh, if the shoe fits.

Spinel: I will make this quick and simple for ya, ya snack-sized sucker. I’m looking for Steven Universe.

Spinel: If you tell me where he is, you won’t get pounded into the dirt.

Boyfriend: HA! That’s funny, but no. My boy left me in charge and I’m not going back on that.

Boyfriend: Me and Universe are homies. If you think I’m spilling anything you better pack a lunch, slinky.

Spinel: Hm suit yourself~! I guess you won’t mind if I destroy your planet then?

Girlfriend: C’mon babe you should just let Steven handle this, he actually has gem powers that could stop h--

Boyfriend: I HAVE AN IDEA! How about this… if you beat me in a song battle, I’ll tell you everything.

Girlfriend: Why do i even try telling you anything.

Spinel: Huh, I like those odds, twerp! Let’s go!

Spinel: AGGHH! NO NO NO NO!! I WAS SUPPOSED TO WIN!

Spinel: Actually, y’know what! I don’t have to stop just cause some under-sized blue haired shrimp told me to!

Boyfriend: First of all - ouch. Second of all --

Boyfriend: BU-- WHAT! But we had a deal!

Spinel: Well deal’s off bub! Your Earth is gettin’ DESTROYED.

Girlfriend: Oh no who could’ve seen this coming.

(Spinel turns her hand into a horn, blowing in it to activate the injector.)

Spinel: Now for the main event.

(Spinel grabs Boyfriend, Girlfriend, and the speaker, and flings them to the top of the injector.)

(Boyfriend lands roughly on the top of the injector.)

Other Friends Down Pose

Other Friends Up Pose

Injector Carousel and Unchangeable Down Pose

Injector Carousel and Unchangeable Up Pose

Unchangeable Down Pose (Second Half)

Unchangeable Up Pose (Second Half)

Other Friends Down Pose Static 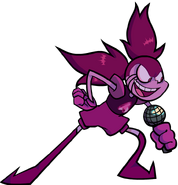 Other Friends Up Pose Static 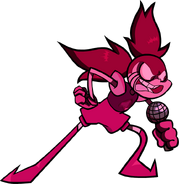 Unchangeable Static Down Pose (Second Half)

Unchangeable Static Up Pose (Second Half) 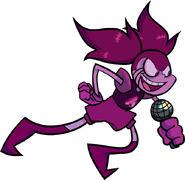 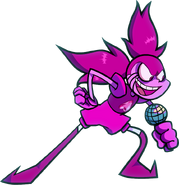 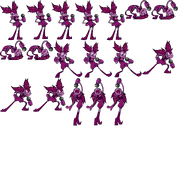 Spinel's Sprite Sheet during Other Friends 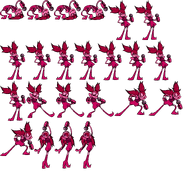 Spinel's spritesheet during Injector Carousel and the first half of Unchangeable

Spritesheet during the second half of Unchangeable 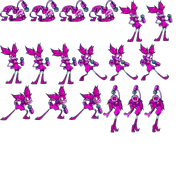 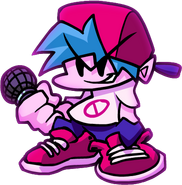 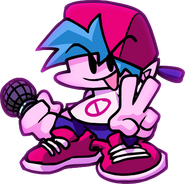 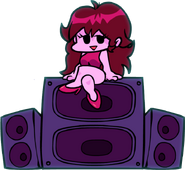 The full background for Other Friends

Animated Injector in the background for Other Friends

Sky used in the background for Other Friends

Animated ground in Other Friends

Dirt in the background for Other Friends

Backdrop used in Other Friends

The clouds used in Other Friends

Menu screen for the mod 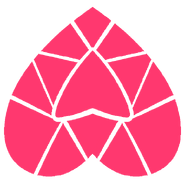 Spinel's week in the main menu 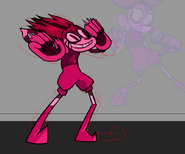 A image of Ash, which is also seen in Bob and Bosip mod files.