Issues Present: White edges are visible around his miss poses, and his Week 5 idle has a lot of parts go out of frame.

Reason: "Hawaiian Cocktail" is copyrighted by Richard Myhill from APM music, and SpongeBob is a trademark character of Nickelodeon.

“Bring it on!, This will be easier than flipping a Krabby Patty!”
― SpongeBob, Senpai


Were you looking for a different SpongeBob?

SpongeBob SquarePants is the main protagonist of the famous animated eponymous television series, SpongeBob SquarePants. He appears in a mod of Friday Night Funkin' created by SpeedyBlueHedgehog, which replaces Boyfriend. He is also one of the ten main characters of the animated franchise of the same name. He was designed by the former marine biologist, Stephen Hillenburg. Hillenburg based SpongeBob on Bob the Sponge, a character he had created for his educational book "The Intertidal Zone" in the year 1984.

SpongeBob is a sea sponge with a rectangular shape. He is light yellow with a light olive-green outline. In earlier episodes, he is wider near the top and gets skinnier going further down, akin to that of a trapezoid. However, in the more recent episodes, he is more of a regular square shape. SpongeBob has light olive-green pores, dimples with three freckles on each cheek, a large mouth with two prominent front buck teeth, a long, slightly curved nose, and large light blue eyes. Moreover, his eye color seems to be, uniquely, a shade of pacific blue (or Crayola cerulean,)

Senpai: Ah, a new fair maiden has come in search of true love!

Senpai: A serenade between gentlemen shall decide where her beautiful heart shall reside.

Spongebob: Bring it on! This will be easier than flipping a Krabby Patty!

Senpai: Not bad for an ugly sea sponge.

Senpai: But this time I'll rip your nuts off right after your girlfriend finishes gargling mine.

Spongebob: AHH! Don't do that, I have a snail to feed. 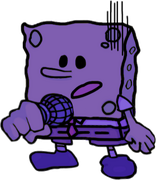 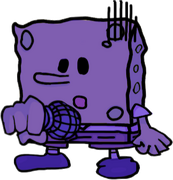 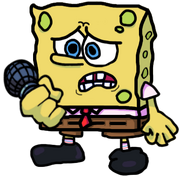 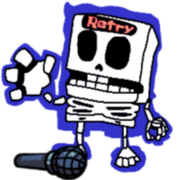 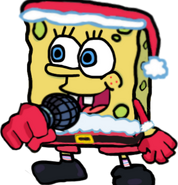 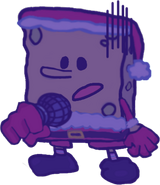 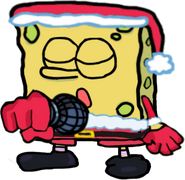 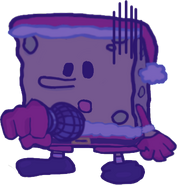 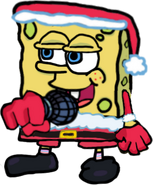 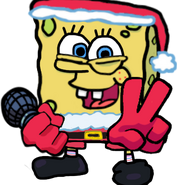 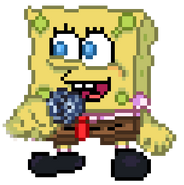 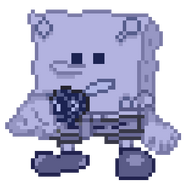 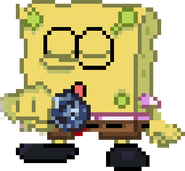 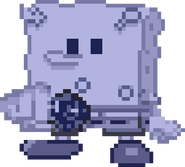 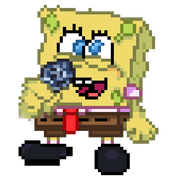 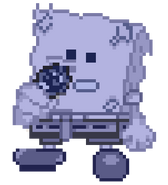 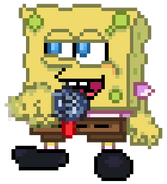 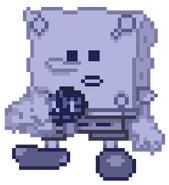 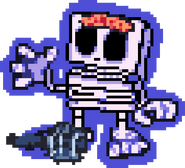 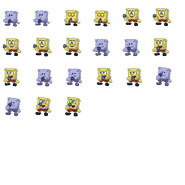 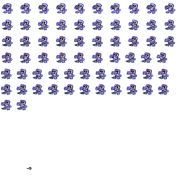 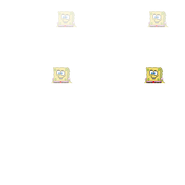 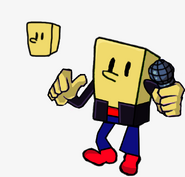 A sketch of minus SpongeBob. 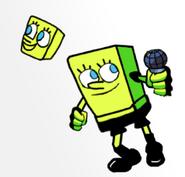 A sketch of minus SpongeBob, based on Boyfriend's beta icon.

Fred, as he appears in Deep-Sea Date.

An image of SpongeBob that appears at the beginning of Ron.

Teaser of SpongeBob's redesign in the SpongeBob mod pack.