Reason: The series that this mod is based on is rated TV-MA on IMDB for severe violence and gore. The series also contains significant amounts of suggestive themes.

I haven't sang since my music was defiled. - Whitty

Reason: Steel Ball Run is a hell of a ride, and people even skip Stone Ocean to get there. If you just finished Part 5, or want to be surprised in terms of SBR, be wary.

seeforkat
The Steel Ball Run mod is a mod consisting of skins, made by Seeforkat on Gamebanana. So far, the only characters that have been released are Gyro, and Johnny as the BF and GF respectively. The creator does plan to do more.

Gyro is a master of the Spin and an executioner hailing from the Kingdom of Naples. He joins the Steel Ball Run race to win amnesty for a child he is assigned to execute. Gyro's signature weapons are his special Steel Balls that produce and manipulate the Spin - the mastery of which later allows him access to the senescence-inducing Stand Ball Breaker.

Gyro is a man of average to above-average height and medium to athletic build. He has hair that reaches mid-back, light eyes, square patches of facial hair lining his jaw, and (in illustrations) often painted lips. He either wears grills or has chiseled into prosthetic teeth the phrase "GO! GO! ZEPPELI".

Gyro's basic outfit consists of a short-sleeved studded black leather coat, leather pants, and cowboy boots. He wears a belt, the buckle of which bears a pair of hands pointing to his crotch, and at his hips a pair of special holsters for his Steel Balls. He wears a wide-brimmed hat, with slits on the the crown and the brim that let light and air filter through. Situated around the crown of his hat are a pair of slit goggles. Depending on the weather he may wear his goggles, in addition to a scarf. 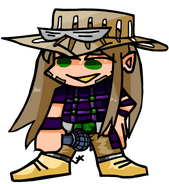 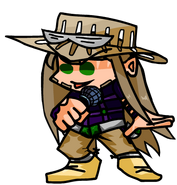 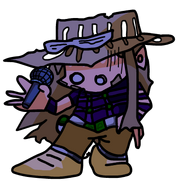 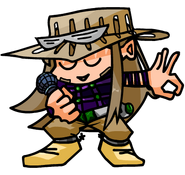 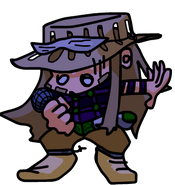 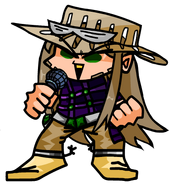 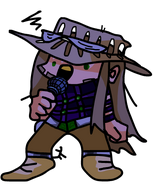 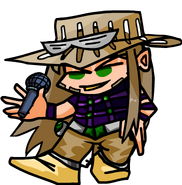 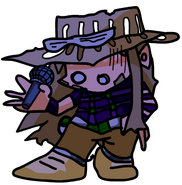 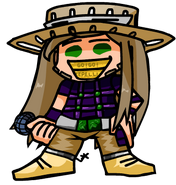 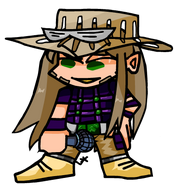 Gyro, scared by the thunder. 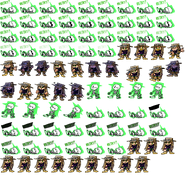 “It has truly,truly been... a very roundabout path...”
― Johnny Joestar, Understanding 'Lesson 5'.

A former jockey that turned paraplegic, He joins the SBR race to find out the secret behind Gyro Zeppeli's Steel Balls as they're the only thing that can heal his legs. As he stays in the Steel Ball Run race , He becomes both a Spin User and a Stand User.

Johnny is a young man of slim to medium build. He has light eyes, and light, shoulder-length hair curling upwards at its ends.

Johnny always wears a knit cap, printed with many small five-pointed stars. His hair sticks out of holes on either side of the top, taking a shape like short horns. A horseshoe hangs from the front; framing an image of the dark silhouette of the profile of a horse's reared head.

Johnny wears similarly star-patterned pants; of a piece with footwear bearing spurs. He commonly wears a light-colored, hooded, short-sleeved top; printed with thick lines in the approximate form of a harness (later, with patches in the shape of hearts adorning both shoulders). A long feather (bordered by black with one black spot at its tip) emerges from under the back of his collar, and he wears wrist cuffs patterned with Stars and Stripes. 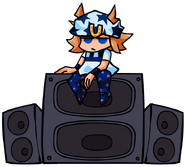 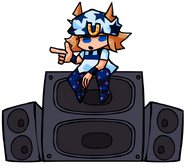 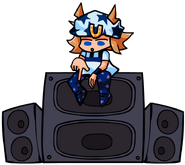 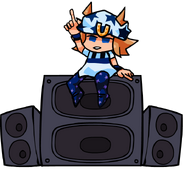 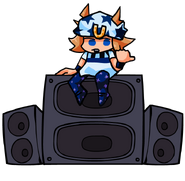 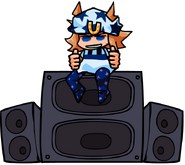 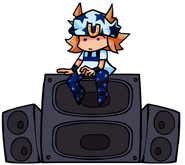