Reason: Someone vandalized the the gallery, help us undo it.

Friday Night Funkin' (as a skin)

“Well, I want a pretty pink birthday cake with my face on it! But that doesn't mean it's gonna happen.”
― Steve, TANKMEN 2

Were you looking for a different Steve?

Steve is a part of the Tankmen, a Military located somewhere in the desert, in 20XX. Steve lives in the Restricted Military Zone, with other Tankmen and his friend, Captain. Steve is a character created by JohnnyUtah in 2006. Steve first appears and is featured in the Newgrounds series, "TANKMEN".Steve is Captain's Right Hand Man and best friend! Now he spits bars.

A simple reskin mod over Tankman for High Effort Ugh by JAttempts.

Steve is like Tankman. He wears black boots, a fully black outfit, a white bulletproof vest, black gloves, and round, white goggles.

His skin is completely white, like all of the other Tankmen.

Note: All of these Cameos are not canon to Steve's story. 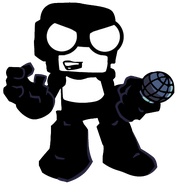 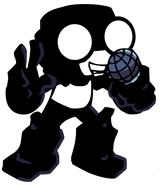 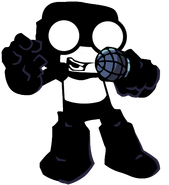 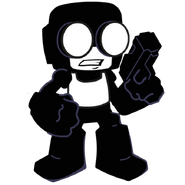 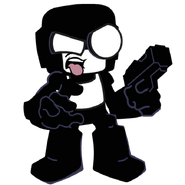 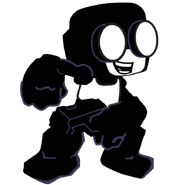 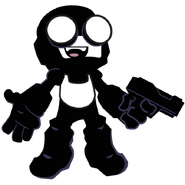 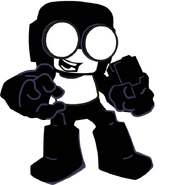 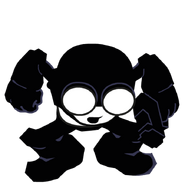 Not up yet, should be up soon. [Original Mod]