This article is considered to be of high quality. This page may be well-written, contain factually accurate and verifiable information, neutral in point of view, stable, illustrated, or relevant media with suitable copyright licenses.

IMPRESSIVE FOR SOMEONE WHO CAME INTO BEING ONLY THREE YEARS AGO. - Fred The Frog

Dare I ask you for some private time with the famous Tord? - ENA

Reason: The mod may spoil the ending of the Eddsworld series as a whole for people who have not seen the original episode.

But don't worry about me. Sacrifices have to be made to get somewhere in life. - Rebecca

Topic: Edd Gould (creator of Eddsworld) passed away and the real life Tord Larsson quitted acting and sadly was never mentioned ever again.

Were you looking for the Legacy Edition or the Red Fury?

Want to know more about Tord and Eddsworld?

Tord was a main character, later an antagonist, in the animated series Eddsworld.

A mod for Friday Night Funkin' has been made about him by bbpanzu. The mod included two songs, which are Norway and Tordbot.

Tord appears to be a man with long, spiky, light brown hair shaped like horns. He wears a red hoodie over a grey top, dark grey pants and black and white sneakers. He has a white plaster on the left side of his chin.

Tord was a character that appeared in the animated series Eddsworld, created by Edd Gould. Tord is the animated-counterpart of Tord Larsson, the original voice of Tord. Tord appears as one of the main characters of the early series, but his voice actor left to pursue his own career away from Eddsworld and requested his character be removed. Tord later returns as the main antagonist in the episode: "The End".

For more information pertaining to Tord in Eddsworld you can see his relevant article on their wiki!

Note: All of these cameos are not canon to Eddsworld's or Tord's story. 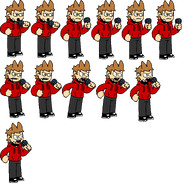 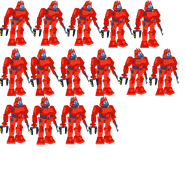 The background during Norway 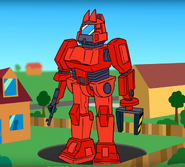 Tordbot as seen in Eddsworld - The End (Part 2)

A scene in Eddsworld - The End (Part 2) of Tord's severely injured state after being defeated by the hands of Tom.