READY FOR ROUND 2? - Sonic.EXE

Upcoming: The mod is getting a update,though it's not confirmed when and what new content it will have

I can hardly understand a lick of what VS. Ood is saying. - Fever

Oh c'mon, how was that hard? - Eteled

Reason: The mod uses the original language "Thai". But GameCommunity translated it into english.

The mod is based on characters from a Thai comedic YouTube animation. Pasulol. The mod contains 8 songs. 5 regular and other 3 can be accessed by freeplay.

สมาคมผู้รู้ความจริง (The Association of the Truth)

Ood (Thai: อูด, Romanization: Xūd) (pronounced "ow-wood") is a character from a series by pasulol called สมาคมผู้รู้ความจริง (Association of the Truth)[2] and he also appears in other videos from Pasulol.

Ood is an old man with a hairy, grey beard and wears a black robe tied with rope wrapped around his waist. He also wears a black hat. 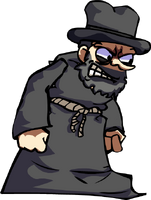 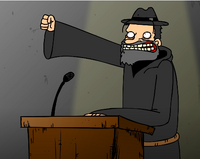 Rattatui (Thai:รัททาทุย) is a character that created by pasulol, being a minor character and main antagonist in รัททาทุยหนูบ้าเลือด and an opponent who appears in a song of the same name that can only by accessed through free play.

Mea gob (Thai: แม่กบ) is one of the characters created by Pasulol being the main antagonist in นิทานทำลายสมอง series and appeared in Friday Night Funkin's Mod and has her own song named BBT.

Mea gob is a giant anthropomorphic frog with yellow hair and a red bow. She also wears a pink tank top and black shorts. Her body is also muscular.

:Welcome to the Society of truth believers, you two.

Girlfriend: What do you mean?

:Ood: Come on. Don’t be suspicious of us. We’re the enlightened who knows truth.

:The truth never dies. The truth that the world rejected

:The aliens are real!

Girlfriend: agree with you, boyfriend.

:Well, why don't we sing together? I've been wanting to battle with you for so long

:And to you behind me get the speakers and mic

:Huh? What did you say again?

:You...did not believe what the song I sang told you?

:And I thought I could trust you.

:The truth believers, keep an eye on this girl

:Don't worry. We won't hurt her. We're just not happy with what you said.

:With that out of the way, let's move on to the next song.

File:OodLosing.pngIcon.png:I'll teach you how the truth came to be

: NOT ONLY YOU DID NOT BELIEVE US, YOU ARE ALSO IGNORANT ABOUT IT

Girlfriend:Not only are you trying to force us to join whatever that society is

Girlfriend:You're also way too furious about this stupid thing.

Girlfriend:Like aliens are not even real.

: Oh, it's you. You're Girlfriend. Daughter of the Dearest

Girlfriend:Why don't you tell me how he betrayed you?

: It's none of your business.

: Right now I would like to deal with Boyfriend for daring to say things like that to me with this Punishment and we'll deal with your dad stuff later.

: If you think you can beat me then DO IT. Betting our life on this one.

Ood: What?! The cops? Hand me the axe, Sonk my beloved. I'll deal with the cops myself.

Nametag:Well that was tiring to manage. Now...

Nametag:Boyfriend, you must have been the one who called the cops.

Nametag:She fainted from the explosion. This is why you shouldn't've called the cops.

Nametag:Nah, I'm just THAT good in surviving the unforeseen circumstances

Nametag:And no, I'm never forgiving you for sure. You got of my people killed AND I WILL JUDGE YOU

Template:OodProbation.png:DIE, BOYFRIEND! DIE! *about to throw axe but*

Nametag:*Injured* You're quite a challenge to deal with You're so good I swear you could've-

Ood : I don't have to mind it because I have received THE POWER and this KEY.

Ood :Looking for your GF?

Ood :She is now MINE.

Ood:I didn't feel anything at all from that. Let's end this all together.

Ood:You look down and shame us with THIS TUNE OF DESPERATE PUNISMENT.

Ood:But what if you battled with HER

Ood:Look at my masterpiece. Hahaha

Ood:I also really want to know if your battle with girlfriend will be as funny as I thought so here we go.

Ood:Damn it, it's the cops again. It's going to be that damn general again. I'm not wasting any more time on you, Boyfriend.I'll have to go 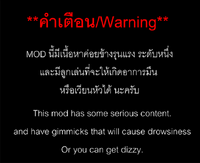 The Warning screen that show after press enter 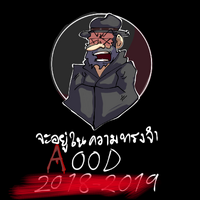 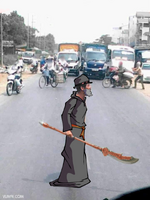 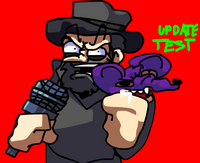