Reason: The ship in the back crashes in the third song, implying the death of many people. Also halfway through the 3rd song Valerie and BF are surrounded by a hurricane which some people can find scary. The EAS sound can be may disturbing too.

Issues Present: Some gifs have a frame where the lighter parts darken.

Valerie is an anthropomorphic hermit crab. Her mod contains three songs: Lullaby, Divebomb, and Hurricane. As she is looking out at the sunset, she starts to hum a familiar tune... Fresh. This leads to Boyfriend singing back. She sees him, and so begins this funkin' duel that outlasts even the elements itself!

While Valerie's two forms share similarities, such as having crab legs on her back and her pink/red claws, they still look radically different.

Her Opera form (which is seen in Lullaby and the post-Hurricane cutscene) has a shell that covers her entire face in darkness, with her eyes and mouth illuminated by a yellow glow. She wears a purple dress with a wavy pattern on it. The dress is also made out of water, and can evaporate/rain down when she switches between her two personalities.

Her Popstar form (as seen in Divebomb and Hurricane) reveals much more of her physique, showing her pink stomach and knees as well as unnatural hair. Her shell hat is much shorter, and she has two more shells accompanying her. She wears a purple bra which resembles a quaver as well as a purple skirt and purple boots.

Valerie is a rising singer/songwriter with two personalities, which at times clash with eachother. While the two personalities act wildly different, they share the same memories and experiences. Sometimes, she is able to control the personality switch, but most of the time, a switch is caused by social pressures. Embarassing situations will cause her to revert to her Opera form, while loud and high-energy situations can make her switch to her Popstar form. Her Opera form is very shy and reserved, while her Popstar form is much more outgoing, these differences are greatly shown in her music, as Lullaby is a much calmer song than Divebomb and Hurricane.

Note: All of these cameos are not canon to the Valerie's story.

In Vs Void, in Week 1 she appears in the crowds on the screen.

Note: Hurricane contains SAME (Specific Area Message Encoding) tones, which may or may not be capable of triggering the United States Emergency Alert System. 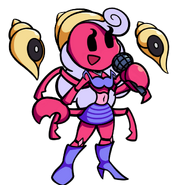 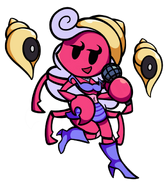 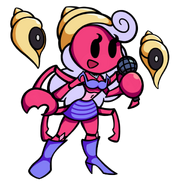 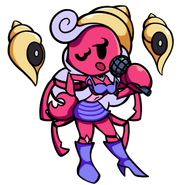 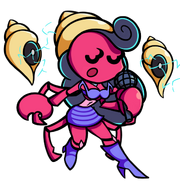 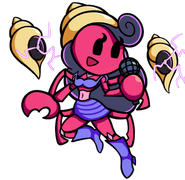 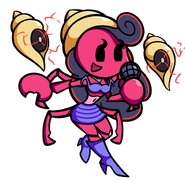 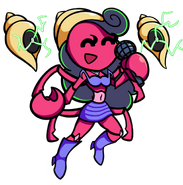 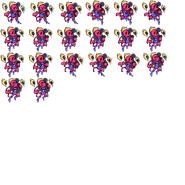 The title screen for the mod.

Background for the first two phases 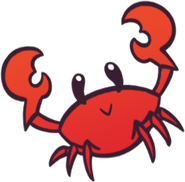 One of the crab that pops up during Divebomb