Reason: Alfie just got his last update for his and Ralsei's mod.

“No matter, since you're here... I might as well test out my new compositions with you!”
― Alfie, Forest Fire


Alfie appears to be a magical goat, proficient in the arts of music according to Mkv8's reference sheet.

Alfie is an anthropomorphic goat with red eyes, black hooves, and red markings on his face and torso (According to a ref sheet). Alfie would usually wear a red cape-like robe with a buttoned white shirt along with black pants with a belt with a golden symbol on it.

During Week 1, Alfie wears a red hoodie jacket with yellow markings on it, maintaining the black pants and gaining a bell on his neck.

Girlfriend: I'm glad we got out of there.. It was getting a little scary...

Girlfriend: Yeah.. I know it's late.. I hope you remember the way home...

Girlfriend: You.. Do know where we're going, right...?

Girlfriend: What do you mean we're lost?!

Girlfriend: Can you hear that? It sounds like... Music...

Alfie: Oh? yours is not a face I recognize...

Alfie: How'd you find me? You're not supposed to be here...

Alfie: I might as well test out my new compositions with you!

Alfie: And thanks for telling me about the stuff you're used to singing back home.

Alfie: saves me a lotta trouble for our next tune.

Alfie: you'll see, this is a long one, get ready!

Alfie: Tell me, you're not afraid of ghosts, are ya?

Alfie: But don't worry, they won't hurt you if you sing well enough!

Alfie: So this is where you two came from?

Girlfriend: Yeah... It's not working anymore...

Girlfriend: Do you have any idea how we could fix this?

Alfie: Well, not really, I was playing music when you arrived, maybe that's related

Alfie: Sure, we could try singing again, I have a few songs we haven't touched yet.

Girlfriend: Alright, though I have a question

Girlfriend: What's with the new outfit? Yesterday you were wearing something else.

Alfie: I have some errands I need to run soon, had to dress up for the occasion.

Alfie: It's not that important, let's try one more song, shall we?

Alfie: It's working, we're almost there!

Alfie: Hopefully one more song should do it!

Girlfriend: You know what they say, third time's the charm!

Girlfriend: Good luck, you can do it Boyfriend! 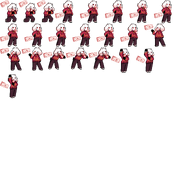 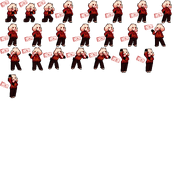 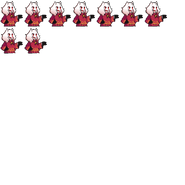 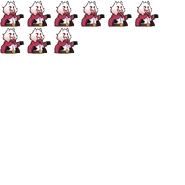 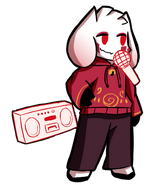 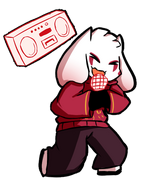 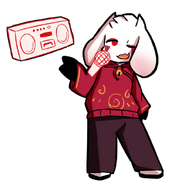 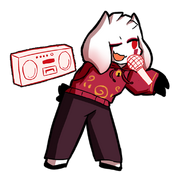 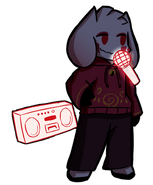 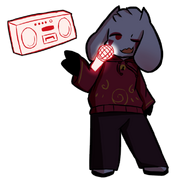 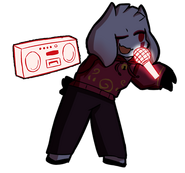 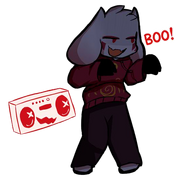 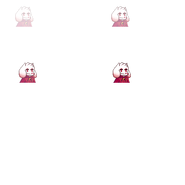 A photo of Alfie noticing you looking through the mod's files. 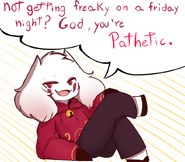 Alfie taking part in the well-known "Alone on a friday night?" meme.

Alfie's GameBanana and itch.io banner made by Mkv8. 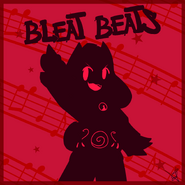 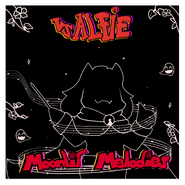 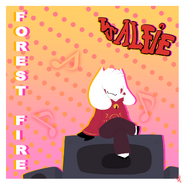 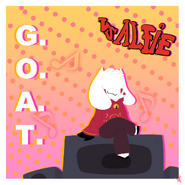 G.O.A.T.'s Album Cover including Alfie sitting on the Girlfriend's Boombox. 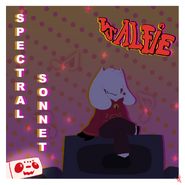 Spectral Sonnet's Album Cover including Alfie sitting on the Girlfriend's Boombox and a glowing boombox at the bottom left.

Image Creator's take on a Minus Alfie.