Funkipedia Mods Wiki
Register
Don't have an account?
Sign In
Advertisement
in: Characters, Unfinished pages and stubs, Outdated,
and 14 more

Reason: A lot of things need to be added, like the animated poses, appearances of the chracters, scroll speed for the songs and many other things.

Reason: The 4ever remaster has dropped out! Let-sa go!

Vs. Ambion Corrupt Frenzy is a mod created by Goves UwU. The mod is about two girls called Goves and Hell, Goves and Boyfriend rap battle for a twinkie, than Hell teleports in and fights against him in the second song, in the third song Hell and Goves fight for the microphone, so you fight against a duet of them. It also has cameos from the Corruption mod, Whitty, Carol and Sunday.


Goves is the first opponent in the Ambion Week. They also has a Corruption version in Nightmare Week.

Goves wears a purple sweatshirt that reaches her thighs, she also wears fishnet stockings and sparkly boots and a muzzle with teeth drawn on their neck.

They also wears some clips in their hair that are actually Hell's teeth and they has big purple eyes without pupils that can change depending on their emotions. 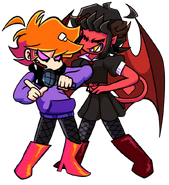 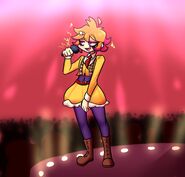 A joke image with Goves found in the dialogue portraits files. 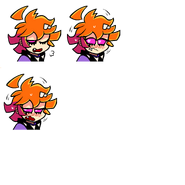 Hell is the second opponent of the Ambion week.

Hell also has wings that change size, she have a long tail and her eyes are purple and yellow 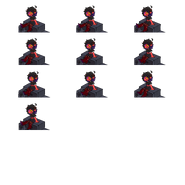 “We agreed that we won't be talking about that anymore.”
― Whitty


Were you looking for the original Whitty mod?

Whitty is a playable character in Bombshell. 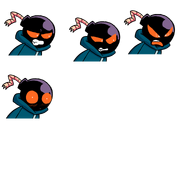 Non-Binary
“It's just the two of us here, aaand you're blushing”
― Sunday

Were you looking for the original Sunday mod? 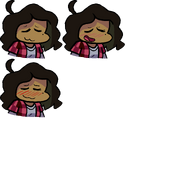 Female
Were you looking for the original Carol mod? Carol replaces Girlfriend in Bombshell.

Goves: Y-you? I thought I'd never have to see your pubert virgin face around here again.

Goves: You want this twinkie for your girlfriend? How did you know that i…

Goves: The store clerk told you?

Goves: Well, this is the last twinkie in this goddamn city and I’m not planning to give it away, it’s not even for me.

Goves: So you wanna fight for it.

Goves: Welp, we could try and beat the shit out of each other, but I don’t want to get my hands dirty y’know.

Goves: So… how about a rap battle? Everyone carries a microphone with'em these days, no?

Goves: However, if I win. Those pants of yours will be mine.

Goves: Yeah… my creator put me through the “genius” habit of wandering around pantless. Even tho it’s pretty comfortable, my nuts are freezing out here.

Goves: None of your business, let’s get this started!

*A bad cutscene with some green screens effects starts*

Goves: Hell, the heck was that?.

Hell: That was the teleportation cutscene, our budget could not afford something better, sweety.

Hell: Anyway, what is going on here? Why are you taking so long just for a twinkie?

Goves: That blue-haired midget tried to take it away from me!

Hell: Goves, you kept me waiting here like, forever. And I was planning to eat that twinkie while waiting for my tacos.

Hell: I am starving even more now.

Hell: The hell did you say? Ugh… y’know what? Screw you all. I’ll get this over with by myself.

Hell: I hope you’re at least thrice as good as you look like, dwarf.

Hell: Did you think I was going to transform?

Hell: Every mod does that, dull.

Hell: I was just yawning.

Goves: And I’m the lazy one here, huh?

Girlfriend: No cap, I thought you were about to actually do it.

Girlfriend: Reminds me of that time when BF wanted to go to the bathroom.

Girlfriend: He ended up rap battling some freaky gelatto nun who turned into a demon out of rage.

Hell: That’s just like dying on your own mod just to rap battle as a ghost, booooring.

Hell: My style is way better.

Hell: You got us into this and I’ll try to finish it before you screw it up even more.

Goves: *Goves attempts to get the microphone from Hell*

Goves: You’re the one who needs to shut up for once.

Goves: You already proved you're no match for him! I’ll take the lead on this one!

Girlfriend: (Both of them failed at it tho)

Hell: Duuude, they’ll say that we look like that Monika shit again!

Hell: Let go or I’ll take care of you as well!

Hell: Crap...this is on you, had you left me alone this would not have happened!

Goves: On me?! you're the one who didn't transform!

Hell: He deserves this.

Goves: Wait are seriously gonna give it away?!

Goves: I though we could just run away in case we lost...

Hell: He isn't as useless as I thought, you have my respects little man.

Goves: Wow...performing such a speech is strange coming form you.

Hell: Whatever, let's get the hell out of here.

Hell: My sisters are waiting for us goodbye little boy.

Hell: You're free to come by whenever you want.

Girlfriend: Are you thinking what I'm thinking?

Girlfriend: let's go in, I want to know thier place.

Goves: Geez, you again? I can't chill anywhere, not even in someone else's thoughts, can I?

Goves: Speaking of which, how the hell did you bring me here anyways?

Goves: Being stuck here, and with you of all people. Gimme a break.

Goves: The f... lucid dream? Lucid's gonna be yo ass if you don't get outta my sight right now.

Goves: So you don't know how, huh?

Goves: (Damn, I wanted to get away from here by following him)

Goves: Guess I'll just have to beat your shit outta here instead. Prepare yourself, dwarf.

Whitty: You? What are you doing here?

Goves: Why so nervous, kiddo? You look like you’ve seen a ghost. Were you having a nightmare? Poor little thing.

Whitty: Shut your mouth or I'll tear you apart!

Goves: It wouldn’t be the first time.

Whitty: We agreed that we won't be talking about that anymore.

Whitty: Whatever, fuck this. It seems like you won’t shut up unless i finish you up.

Goves: Trying is free, my dear… Let's finish with this bizarre dream...

Goves: Hmmm is it morning already?

Sunday: Oh! morning. I had a strange dream but I'm alright.

Goves: I don't think you can call morning to 6pm.

Goves: But however...wait, are you huggin me?

Sunday: So what if I am?

Sunday: What are you talking about?

Sunday: It's just the two of us here, aaand you're blushing.

Goves: But fuck it, guess we could stay like this for five minutes.

Hell: Well well, what do we have here?

Hell: Did you really think there's gonna be another song?

Hell: How much spirit do you think Goves was have to create such a thing?

Hell: How about you go and create some bitches under your bed, you damn barking.

Goves: You want the twinkie i bought?

Goves: The store clerk told you?

Goves: Whatever, fuck off, it's the last one in this goddamn city and it isn't even for me.

Goves: You want to fight for it?

Goves: Well, we could fist fight but i'm too lazy.

Goves: Let's have a rap battle to see who gets to keep the twinkie.

Goves: But if i win i get to keep your pants.

Goves: My creator made me have this weird habit of being pantless...And it's freezing out here

Hell: What is going on here?!

Hell: Why are you taking so long Goves?!

Goves: Why did you bring us here Hell? I didn't want to see this dumb midget's face again.

Goves: And how did you teleport us here so fast?

Hell: The cutscene to bring us you here was expensive and out of our budget.

Hell: But well, where's my twinkie?

Hell: I've been waiting long fot you to bring it to me, i'm starving.

Goves: Why don't you eat something instead?

Hell: What did you say!?

Goves: I mean... That fucking midget over there wanted to steal it from me.

Hell: You can't even bring mr a damn twinkie on time without causing trouble.

Hell: I'll handle this myself.

Hell: Did you thought i was going to transform?

Hell: Every fucking mod has one and i'm tired.

Hell: I was just yaming.

Girlfriend: No lies, i though the same.

Girlfriend: This remebered me that time when my BF wanted to go to the bathroom and ended up rap-battling some girl that did transformed.

Hell: That would the same as dying in your own mod to transform.. How dumb.

Hell: That's not my style.

Goves: Losing in your style, right?

Hell: Shut your fucking mouth! I'll have no mercy for you, you little shit!

Goves: *Goves tries to take the microphone from Hell*

Goves: You are the one who needs to shut up!

Goves: You already showed you are so match for him! it's my turn now, dumb bitch!

Hell: I ask you to bring me a twinkie and you get us into this! Get off me!

Bombshell
Multiple characters can be seen in the upper row, including:

Menu Background for the mod

Title screen background for the mod 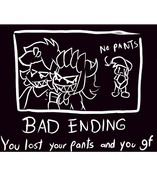 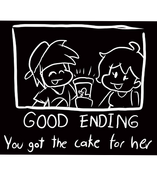 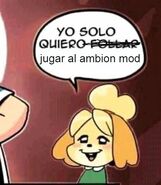