This game isn't over, remember that Vs. Flexy. - MX

Vs. Flexy is a mod

“C'mon, Boyfriend, can't get stage fright now! I might look scary, but it's just me! Let's give 'em the show of a lifetime!”
― Flexy, Globetrotter


Flexy Frijolito is an anthropomorphic bean with long legs and a passion for travelling the world. He invites Boyfriend and Girlfriend to the Fiesta de Fuego hosted by himself.

Flexy is a bean with long, detailed legs and a face on his "body". In his Dead Man's Party form his muscles become bones and he wears a purple hat with a gold strip. 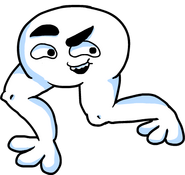 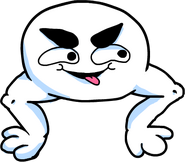 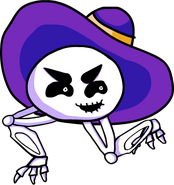 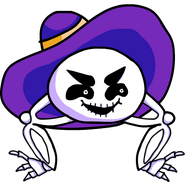 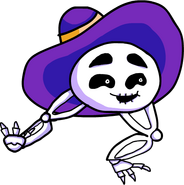 Various mods characters watching the concert on the rooftop. 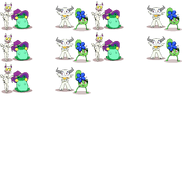 Artwork of Flexy as seen on the front page of his website.

The icon sheet for the mod.

, before (Pain) Gran Venta starts back up.

Alonso, or as he’s commonly known as, The Merchant, is a character that was added to the VS Flexy mod in a new update. He tries to get Boyfriend and Girlfriend to buy his merch when they're walking home, but is angered when they refuse.

The Merchant appears to be a human being with brown skin. He wears a purple long-sleeved shirt with multicoloured stripes, blue jeans with rolled-up cuffs and tan boots. On his head is a cow skull with large eye sockets that light aflame in a purple blaze when the Merchant expresses anger. He has a dreamcatcher and a God's Eye on his right horn.

His idle animation, without lighting 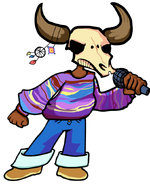 Ditto, but with purple light. 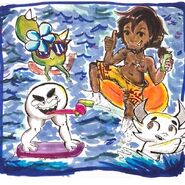 Alonso, with his friends, Flexy, Vera, and Gladys, having a nice summer, in a pic created by Ravvy Tavvy.

Note: None of these cameos are canon to Flexy's story.

Various mods characters watching the concert on the rooftop.

Artwork of Flexy as seen on the front page of his website.

The icon sheet for the mod.