Reason: This page still needs animated assets of Boyfriend getting tied in a vine, as well as the background for Bushwhack. Grappling sound for when BF gets caught by a vine (Which alerts you when you got caught by a Pumpkin Crawler) and the Pumpkin Jack alert sound when you select a song. We’re also missing Zardy’s invisible form in the second half of Foolhardy, there’s also missing Bushwhack Zardy fading away before Cablecrow appears.

Reason: The mod got popular for being the first mod to have a 3 minute song also this mod is from the same creator of the original Zardy's Maze.

“Wouldn't want to see you get lost! Or worse...”
― Steam description for Zardy's Maze

VS. Zardy is a mod that features 2 songs based off the horror game, Zardy's Maze.

“You should know it's dangerous to wander in the dark... But if you want a show... I'll give you a show!”
― Zardy, Foolhardy


Were you looking for SugarRatio's reanimation?

Zardy is the eponymous main antagonist of Zardy's Maze. He is a living scarecrow who wanders his cornfield, murdering anyone who dares to enter. His mod takes place as Boyfriend and Girlfriend enter the cornfield to play some music, when they find themselves face-to-face with Zardy.

Zardy is a scarecrow with glowing yellow eyes and with what appears to be a piece of wood sticking out of his mouth. He wears a witch hat and mostly dark blue clothes: a short black poncho with gold touches, and tan colored boots. He wears brown gloves and is holding his signature hoe in his left hand, with a mic now attached to it.

During Bushwhack, Zardy's sprite is darkened significantly, and a yellow glow emits from his eyes and mouth, similar to a jack o'lantern. 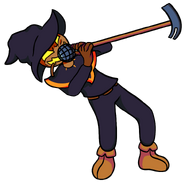 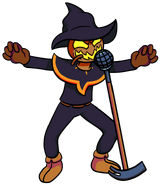 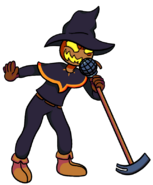 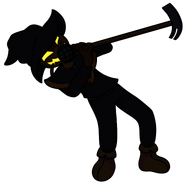 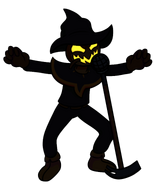 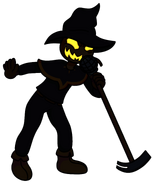 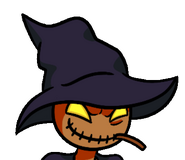 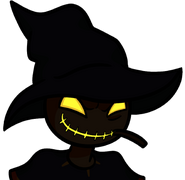 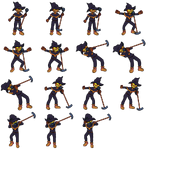 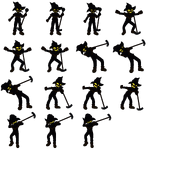 Cablecrow is one of the secondary antagonists encountered in Zardy's Maze. He is an animate scarecrow similar to Zardy. He takes over for Zardy in the second half of Bushwhack.

Cablecrow appears to have a sack covering its torso and head, they are both held down by rope, the head has markings resembling eyes, its mouth is a piece of cloth sticking out of it. Cablecrow also appears to be held up by a post, with arms nailed to the post. Its hands can stretch out to long lengths due to the cable in its hands and arms.

Note: All of these cameos are not canon to the Vs. Zardy story.

Zardy: You should know it's dangerous to wander in the dark...

Zardy: You shouldn’t have come here… I warned you before that it’s dangerous to wander in the dark.

Zardy: And yet you walked straight towards the center of the darkness. A foolhardy move, boy.

Zardy: But bravery has a funny way of betraying people… There’s a big difference between you and I.

Zardy: The dark makes your world small. It devours your senses and puts you on edge…

Zardy: But to us? Well… Let’s just say you couldn’t have walked into a worse situation. 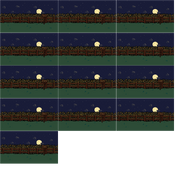 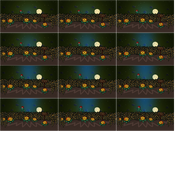 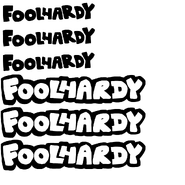 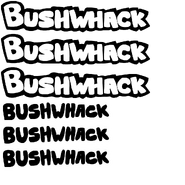 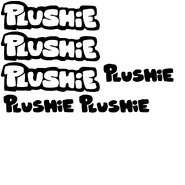 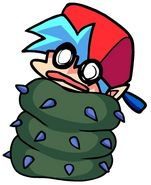 Boyfriend trapped in a vine.

Zardy as seen on the second GameBanana page of his game

Gameplay of the mod.

Minus Zardy with Minus Tricky and Minus Beach Brother made by IagoAnims, the creator of FNF Minus. 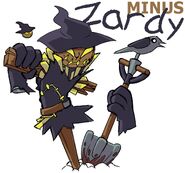 Another leak for Bushwhack[9] 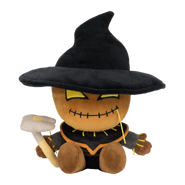 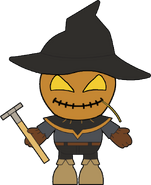 Zady (found in the Game's files) 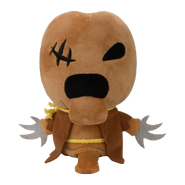