Funkipedia Mods Wiki
Register
Don't have an account?
Sign In
Advertisement
in: Characters, Unfinished pages and stubs, Mods,
and 16 more

Reason: Dialogue for Vibe, gallery for Cybbr and the week 3 song and character. (Also RidZak has a new idle animation that needs to be added)

Vs RidZak + Cybbr is a mod that adds 3 weeks with 8 songs in total.

RidZak is the main antagonist of VS. RidZak, the updated version RidZak + Cybbr, and the protagonist of "RidZak"( a game being made for RidZak ) all made by Miyno_. His week includes 4 songs: Challenger, Ouch, Ego and Vibe. RidZak seems to know Whitty, whether by name or reputation.

RidZak is a character bearing resemblance to a Fireball candy. In a similar vein to the Madness Combat characters, he has no arms; his hands float next to his torso. He wears black headphones with demon horns on it, red and white shoes and a jumper hoodie with an "R" on it. His eye colour and skin colour are both red. In his note animations, he is shown to have sharp teeth.

In his old Ego form, his left pupil becomes a bold red cross; he also has black lines leading to his right pupil. He also gains a subtle red outline.

In his new Ego form his appearance mostly stays the same with the exception of his eyes, which lack any visible irises, leaving only his sclera visible.

Note: All of these cameos are not canon to RidZak's story: 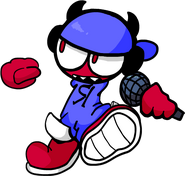 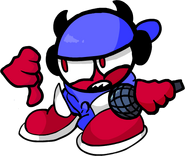 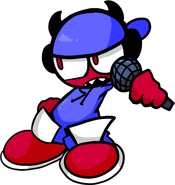 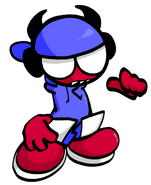 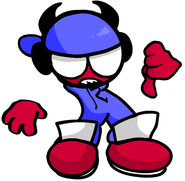 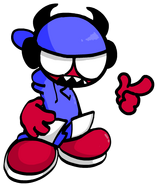 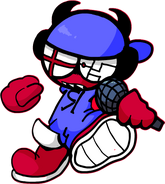 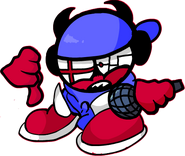 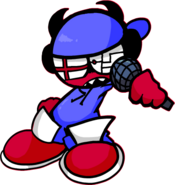 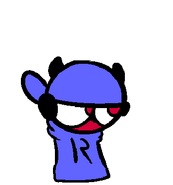 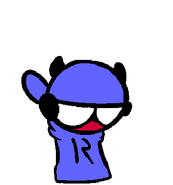 Deceased (Soul forced to work for all eternity)

Friday Night Funkin (As a mod)

Friday Night Funkin (As a mod)

“How about you guys try to go against me and my DJ skills??”
― Cybbr, Orbit


Cybbr is a new opponent in the VS. RidZak mod. After RidZak fails to get Boyfriend and Girlfriend out of Club City Cybbr takes it into his own hands luring them into his club so he can get them to leave.

Cybbr is a white ghost with black eyes and cyan pupils. He wears a black tophat with a blue band on it.

In his "Golden" form, he now wears golden sunglasses and the discs on the DJ set are golden.

RidZak: Word on the street's that you're a pretty good rapper,

RidZak: Give me your best Boyfriend! Don't hold back.

RidZak: Pretty good for a kid but you are in my city, and i will win.

Girlfriend: Pretty sure he just beat you in the first song.

RidZak: I was only warming up.

RidZak: I didn't want to use this.

RidZak: But I am left with no other choice...

RidZak: I am sorry, Boyfriend...

Cybbr: Hey you two look like you know a lot about music!

Cybbr: How about you guys try to go against me and my DJ skills??

Cybbr: WOW alright. I got one trick up my sleeve.

Cybbr: Lets see if you can keep up with this!

The mod banner on Gamebanana (Old) 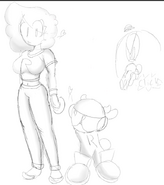 RidZak with his girlfriend Penny 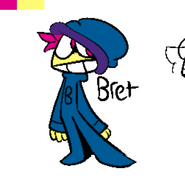